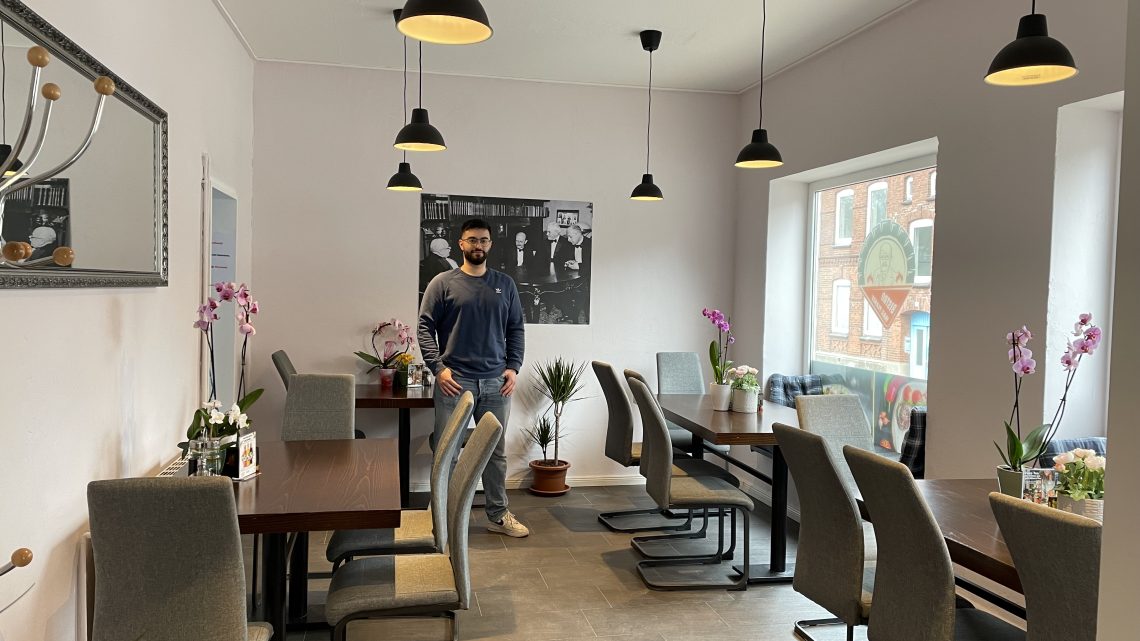 Sinan Ceylan (on the photo) and his family have opened the new bistro Max Planck on FH campus (Photo: Celina Lein)

After the pandemic hit and every alternative to the mensa and the diner had to close down – the FH finally has a new bistro Max Planck. From 11 am till 8 pm (Tuesday till Sunday) you can have nearly everything from the oven. Various forms of Pizza, even a breakfast pizza with egg or Pide, an oval flatbread with different topppings. After three weeks opening the students and other customers seem to be very satisfied with the new food offer in Dietrichsdorf.

At the end of last year Sinan Ceylan found an announcement for free room near the FH. Before the pandemic in the exact location there used to be the café Mumpitz. In January 2022 the renovation started and with a small delay because of sanitary problems the 50 square meter bistro (including toilets & kitchen) celebrated its opening mid March. When entering by the one stair your are surprised about the bright and modern atmosphere. Grey floor and chairs, orchids on the four tables. “The day of opening was very full, a lot of family and friends came”, Sinan reports. He remembers walking around the neighborhood and handing out flyers to gain attention for the Max Planck´s. He also created an online presence on Social Media (Facebook & Instagram). After the start of the new semester more students visit the bistro, especially for lunch.

The bistro is a family business where father and son are working close togehther. Sinan, the son, is focused on the administrative work and advertisement while his father is the pizza baker. Sinan tells me: “My father was the owner of different restaurants. Sometimes he baked more than 300 pizza‘s a day”. Sinan also learned to bake pizza from an early age on in his life. When I asked the question why they choose to name the bistro Max Planck he replied that it was his farther‘s idea. Planck is a well known physicist from Kiel and the FH has also a technical focus. To remember the histrorical aspects a black and white photo of Planck with Albert Einstein, Walther Nernst, Robert Andrews Millikan, and Max von Laue can be found on the wall of the bistro. A diner among physicists in Berlin 1931.

What makes Max Planck´s pizza so special? The Ceylan´s bring a Swedish concept to Kiel. “I was born in Kiel, but we have lived in Sweden from my 3rd to 8th school year. In Sweden you usually got a pizza with an extra bowl of coleslaw. We adapt this tradition“, tells Sinan further. A funfact: In Sweden they have an extra word for this coleslaw serverd with pizza “pizzasallad“.

The family reports to have gotten really positive feedback! “When people are standing outside and look interested I´m taking them inside, give them a tea or a coffee and talk with them. Also the neighborhood recognizes us more and more.“ In addition the 15% student discount is very popular. Eventhough they have some tables inside, the students like to pick up their pizza‘s and enjoy them outside, near the water. Sinan hopes that with warmer weather more people will do the same.

In the end Sinan reveals: With a constant success the family has ideas to expand the bistro and build a terrace to be able to take in more guests.

When yout want to try the pizza at your next lunch break, another hint: Order your dish in advance to avoid long queues and waiting time. Smaklig måltid (Enjoy your meal)!

The website is still in progress. That’s why the menu can be found here. 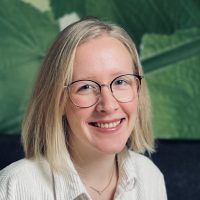