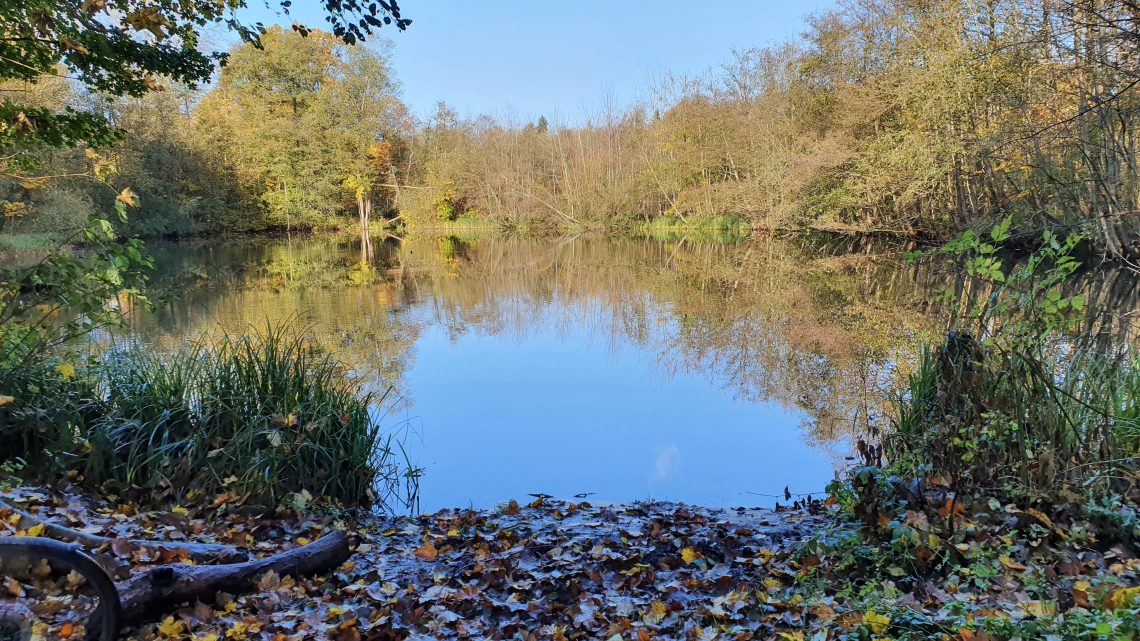 When I was young my family would often go for walks at the Schwentine river and I loved it. My parents would enjoy the nature and my brothers and me had much to explore. One of our favorite places was the Vossenpott. It´s located on the Wellingdorf site of the Schwentine and easy to reach by bike or foot.
You will reach it if you walk from alongside the river upstream from where it flows into the Förde. It´s a small pond on a sidearm of the river where we went fishing or used to ice skate back when we still had snow during winters. But what always confused me, however, was the fact that this small pond even has a name. Upon asking, my dad explained that the Vossenpott used to be a public swimming pool which I found hard to believe.

Even though it seems a bit farfetched, it´s true. To understand what the Vossenpott was, how it was created and how and why it was closed, we need to rewind the clock over 100 years. So, get ready to learn about a forgotten piece of local history.
The starting point of the Vossenpott is its predecessor as a public swimming pool located on the east side of Kiel the Agnetha-Bad. The naval shipyard “Kaiserliche Werft” build the pool near the mouth of the Schwentine and managed it until 1936. But it turned out guests could look into the adjacent Navi arsenal and the Nazis who took over power in Germany didn´t want that and shut it down.

The closing of the Vossenpott can be mainly attributed to two reasons. First being problems with water quality alongside other issues and second being more modern competition in the area.
The Schwentine is the longest river in Schleswig-Holstein and as such it goes through many farms. Over time this became a huge problem, because the farmers increased the amount of fertilizer they used, and it slowly leaked into the water of the Schwentine. During the 1960´s the pollution got so bad, that you weren’t allowed to bath or swim in the Schwentine, because it was a risk to your health. Especially phosphorus and nitrogen became a huge problem. To counter this and to remain open the employees started pouring tap water and chlorine into the Vossenpott. The addition of chlorine happened by hand, which complicated things as it meant sustaining a steady level of chlorine in the water was nearly impossible.

While this happened, competitors started to emerge. In 1960 Katzheide in Gaarden opened, followed by the Freibad Raisdorf in 1971. Both located on the east side of Kiel and vastly superior not only in terms of water quality but also in overall quality, which prompted costumers to go there instead of the Vossenpott. It also became clear that the Vossenpott had a few other issues besides the water quality. During a survey conducted by the city Kiel in 1971 it came to light, that the toilets didn´t meet the hygiene requirements.

Also, the terrace for visitors was partly broken and parts of the pool wall needed repair.
The pollution of the water combined with broken surroundings and a dwindling customer base led to the city council voting to shut down the Vossenpott during a meeting in 1972.

While this marked the end of the Vossenpott as a public pool, it nearly became home to something else two years later. The ETV Kanuclub, a canoe club, was looking for a place to build their new boathouse in 1975. They wanted to build it next to the Vossenpott but Kiels sport department forbid them to do so.
After 1975 the Vossenpott was pretty much left to its own device.
Today nature has captured back the pool and the signs of what it once was are mostly gone. I encourage you to visit the Vossenpott next time you go for a walk at the Schwentine. If you keep your eyes open you might still find some remaining’s of the past and if not, you can still enjoy an idyllic bit of nature.

Previous post Lockdown in Kiel. Where to spend time safely. 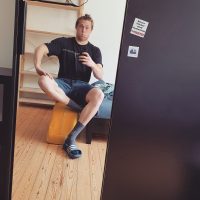