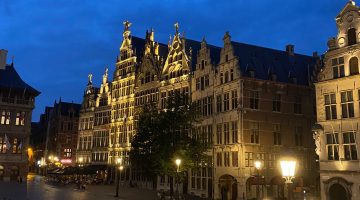 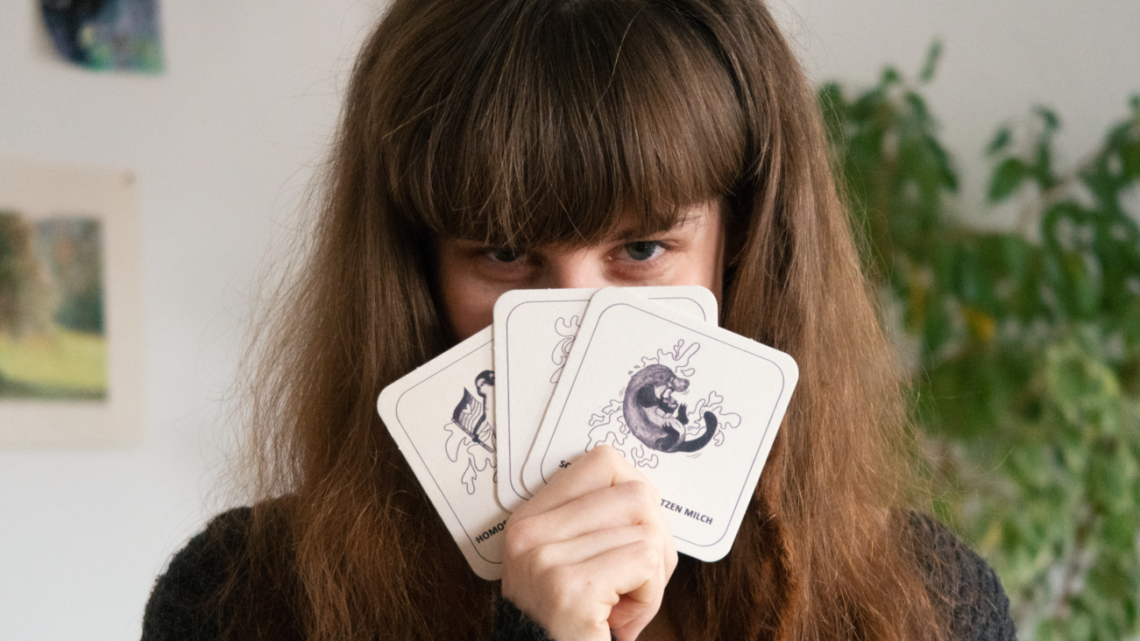 “What does beer have to do with science?“- Una Steinleitner will answer that question for you. The 25-year-old CAU biology student started a local art project named “trink dich schlau” (“drink yourself smart”) with fellow students (Linus Reck and Rabi Didszun) and has already had some initial success. I asked her how they came up with the idea of printing on beer mats, what the bars in Kiel think of the cheeky slogans, and where the journey will take them in the coming weeks.

Una, we’re holding a beer mat with a penguin on it right now. What is that about?

This is one of five different beer mats me and two fellow students designed ourselves and had printed last year. On every single of them there is a cute black and white drawing on the front followed by a cool biology fun fact. On the back you can find the scientific explanation. The mats were distributed in Kiel bars for a while, which was cool.

How did you come up with the idea?

In the first master semester we had a module called “project management”. My project partner Linus wanted to do something entertaining with a bar theme, maybe with beer mats. My requirement was: No matter which project we do, I would really like to bring art into it. Also were given a lot of freedom, so we were able to combine it well. I think Linus’ idea was to use facts on beer mats to bring knowledge to the people. I know from Bavaria, too, that there are some comics on them. Beer mats are very often advertising media or carriers of entertainment material. And we thought that would be a good medium to do something in the biology direction. Given the place of use it is also a good way to appeal to a broad mass of people who I found are in an easily fascinated state.

Tell me more about this thought process.

Imagine you are sitting in a bar at 2 o’clock in the morning, alone or with friends and you are in a bit of a drunken state. You can’t think well anymore but are totally fascinated by what’s happening around you. It’s getting boring, slowly the conversations are faltering. Then you see this beer mat lying there, the drawing catches you. And there’s a witty fact written underneath it. You turn the beer mat and see that the fact is really well-founded and you read the explanation. And you can share it with your friends and start a cool conversation about science and research (laughs).

Our aspiration is to show that science is not dusty and boring, but there are super fun parts of science that are related to exciting research. Also there are lots of fun facts that are just not true. That’s why our claim is to work in a really scientifically sound way and not just throw out some fact just because it sounds cool. Instead, we make sure that they are backed up by papers.

So how did the idea go over with other students and professors?

Within the project there was a pitch as well as a final presentation of the project. The tutors and students were interested from the beginning and supported us throughout the whole process. Especially one of the professors told us he´s looking forward to collect our beer mats and pin them on his fridge. That was nice to hear to get this feedback from our course.

How did you finance the whole thing? Design and research can be done at home, but printing seems more difficult.

So far, we got partly sponsored from the university as well as “druckart!“. Because they don´t print beer mats themselves we then placed the order with an eco-printing company. It was important to us to print in an environmentally friendly way, especially as biology students.

And then it was all about marketing.

Exactly. We went to four bars in Kiel and handed out a few hundred mats. They were super happy about it. We then came back again later and reflected with the bar owners. According to them the mats were gone super fast. And people talked about it, thought it was really funny. So it was exactly what we wanted to achieve. We even received inquiries from other bars that were a bit offended because we didn’t ask them if they wanted mats, too. So it seems pretty seminal in that regard.

An idea for the future is also to give the cards a certain collector’s character. That means numbering them sequentially, as was done with scrapbooks in the past. I imagine it´d be cool that if people truly want number three, they have to go out and find number three. It´s very rewarding for both the bar patrons and the people who then print the mats as well as for the bars where the mats are.

Sounds promising! So what are your next steps?

Now the big question is funding. We currently working on approaching beverage companies that we can very well imagine working with. Amongst other that´ll be “Fritz Kola” – still that’s cola and not beer. That would be their own merch then. There have already been many artsy editions, where for example something is written on the sleeve and so on. That’s why it could fit well. We’ve already made a mockup how that could look like.

The other alternative is “lille”, because they are local and produce beer. There is a high design demand which would fit. Our utopia would be a cooperation; we bring out beer mats every month and announce: “Next one’s out- enjoy a drink at the bar” and people go out. Advertising is done for lille and the Kiel bar life is fired up, which is not a bad thing in Covid times.

What can readers do?

At the moment, it helps us a lot to gain followers on Instagram who have a bit of patience for the project. We still have some beer mats left which we will distribute further in Kiel bars soon. So stay tuned. It´s unclear when we can print new designs, we’re still in the starting blocks with finding sponsors. What also helps us a lot is when people pick up scientific fun facts and send them to us via Instagram DMs. So we can check them out and maybe even use them. And if people have ideas for sponsors, also feel free to report. Or if lille reads this, it would be great if they get in touch. The only thing slowing down the project right now is the lack of sponsors.

Thanks for the interesting conversation and much success in the future!

If you’d like to follow or support “trink dich schlau” further, check them out on Instagram. Also tell us in the comments what you think of the idea! 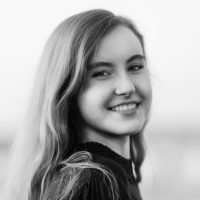