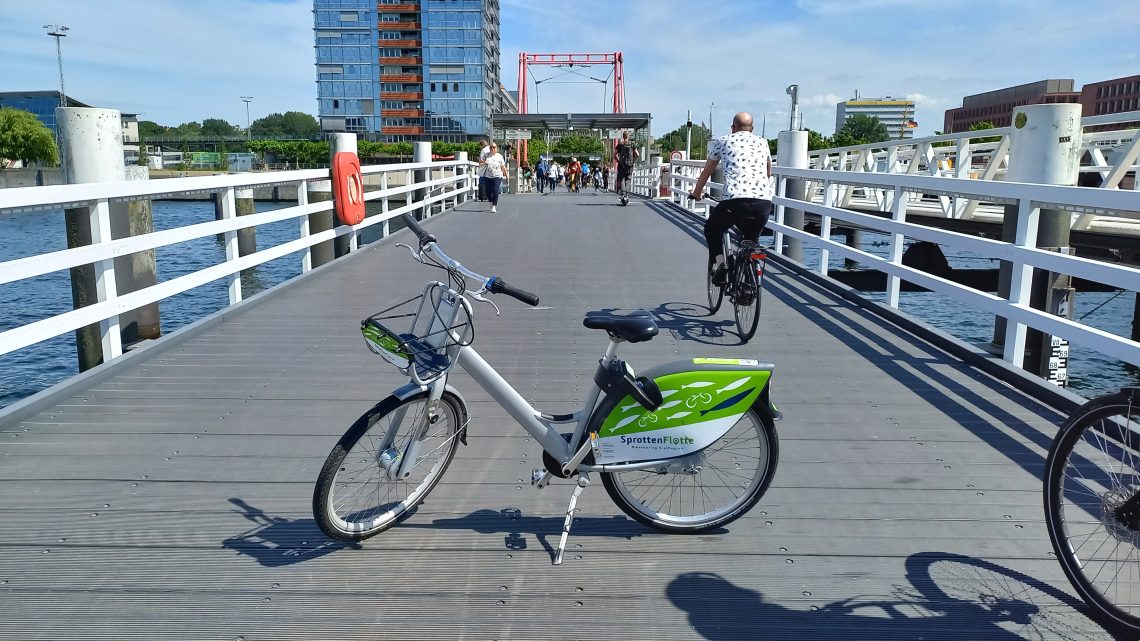 The bridge at Kiel's main station is a direct connection between east and west (Photo: Ann-Kathrin Goga)

In order to improve the connection between Kiel’s east and west side, the city administration will build a premium bicycle route along east side’s Werftstraße. With this, students of the University of Applied Sciences Kiel (FH) gain an appealing bicycle lane to commute to campus.

No Zoom-Meetings, no waking up five minutes before class, no lectures in bed. With progressively less rules regarding the Corona-Pandemic, students‘ lives are back to revolving around the campus. Whether by ferry, car, bus or foot – students have to commute again. The arrival of spring and warm sunshine invites students to get on their bicycles as well.

However, especially west side residents will quickly realize the awful condition of the bicycle lane on their way to campus. Rather narrow, with several potholes and partly non-existent. Riding a bike to FH can feel lengthy on east side’s Werftstraße. A brand-new Premiumroute for bicycles is about to change that.

„The Premiumroute is a bicycle lane with best conditions for cyclists“, says Marla Mena König from Kiel’s public work department. „It will be about four meters wide, which enables the cyclists to ride side by side, have smooth asphalt as well as only few traffic lights and crossings“. Furthermore, an unobstructed line of sight on the Werftstraße between Klausdorfer Weg and ThyssenKrupp’s Marine Systems (“Zur Fähre”) will increase the safety of cyclists. The construction work is planned to start this year. By 2025 the Premiumroute is supposed to be finished.

Whether by bicycle or foot, students who commute by ferry can already look forward to next spring. To further strengthen the current connection of east and west, the city of Kiel plans to have ferries shuttle in a 15-minute interval on weekdays and a 30-minute interval on Saturdays. However students get to campus, the FH is engaged to improve the commute for students. Not only was it checking improved transfer intervals of ferries and busses but is also discussing a direct ferry connection to Kiel’s main station.

Previous post How to: Explore a new country this summer, while working on your career 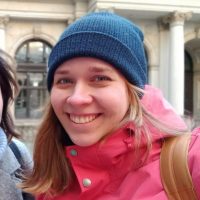 About the Author Ann-Kathrin Goga

Introverted extrovert studying communication sciences. Can go on and on about the things I enjoy, like my favourite music, (animation) movies or games. ✌️