Online Games to play with your friends during lockdown 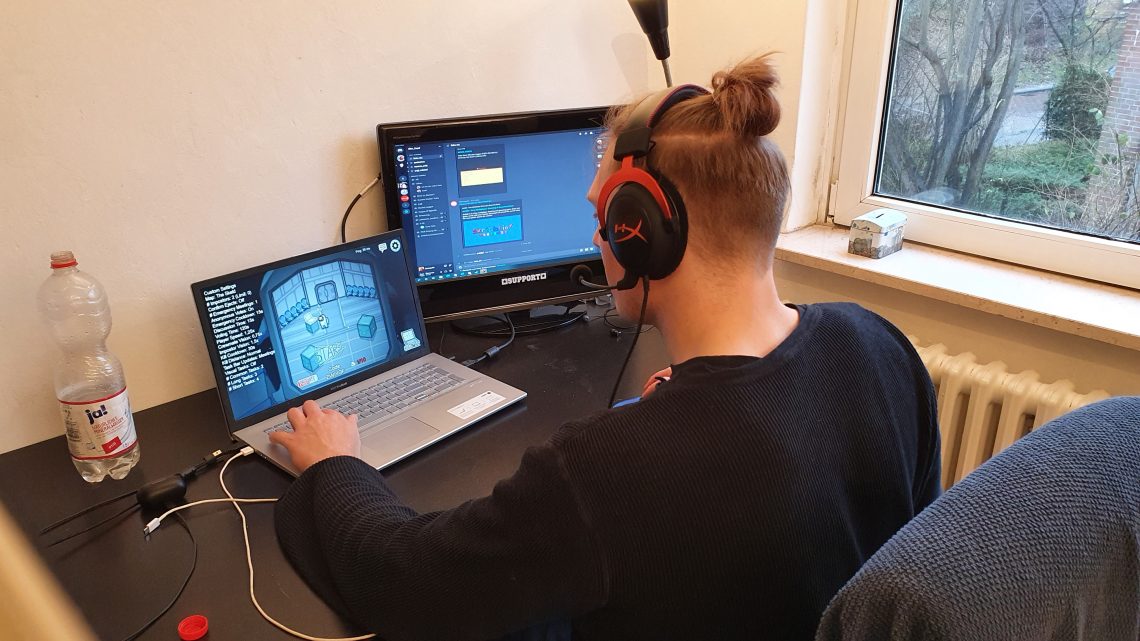 During the holiday season most people want to spent time with their family and friends. Unfortunately, Covid makes things difficult. To alleviate the problems let me introduce you to an alternative way of spending some fun evenings with loved ones: Online Games. Since not everyone is familiar with videogames,I want to help people understand the concept and get an open mind on how to have fun with friends and family while being socially distant.

I will provide a list of different online games that are cheap, easy to set up, easy to play and still a lot of fun. That way you can spent a few fun evenings with your friends, even if someone isn´t all that familiar with videogames.

Before you dive in however, I suggest you and your friends find a way to talk to each other while playing. The common options for this are Discord, Zoom, Skype or Teamspeak.

Let´s start things off with a few free online browser games. These games have the advantage that you don’t need to download or setup anything to play them, which makes them an easy entry point for those less experienced.

In Skribbl.io you chose one of three words to draw while your friends try to decipher your artistic masterpiece. The concept is pretty simple, and you probably played something similar in person before, nevertheless it´s lots of fun. To play just click the link below, create a private lobby, give yourself a name and send the invite link the game gives you to your friends. It´s as simple as that.
https://skribbl.io/

Categories is another game you probably remember from your days in school and the online version is just that, the same game but online. Just click the link below and follow the same steps as you would with Skribbl.io.

Although chess might sound a bit boring, playing against a friend while other friends are giving their (unwanted and unhelpful) comments can be much fun. Just sign up on the website linked below and show your friends what you are made of.

Another way to bring the living room atmosphere in your group call are board games. One option is the free site http://brettspielwelt.de/ where you just need to log in to play with your friends. Be warned however that the site is a bit outdated and the number of games is limited.

After looking at a variety of browser-based games, let us pivot to games that you need to download in order to play. These games will still be hardware friendly, easy games with the intent to be as inclusive for people as possible. With that in mind we need to briefly talk about steam. Everyone that is already familiar with steam can just skip to the next game. If you are looking for online video games steam is usually the first place to look, because almost every game can be found and bought there. Heads up: Steam doesn´t work on apple products, because of apples weird policies. Therefore, I will mention it in the article if the game is still playable on apple products as well.
So, making a Steam account and adding your friends might be a good idea if you want to play online games in general.

Another option for playing boardgames is the Tabletop Simulator, which you can download on steam. It cost around 20 euros and allows you to play basically every boardgame and a variety of cardgames. You can even import custom gameboards.
https://store.steampowered.com/app/286160/Tabletop_Simulator/

This is another classic among the boardgames that also has an online version which is free to play. Just like the original the game splits up the world between you and your friends and you place your army. After that each one of you take turns strengthening your army in key countries and try to slowly but surely take over the world. Form temporary alliances and betray your friends as you strategically move towards world domination.

The game provides charming animations for the game giving the whole thing a nice feeling while playing. The game is available on Steam and iOS and cross play between the platforms is enabled. Just be warned that the menu and friend system that you need to invite each other to play is a bit messy and a few bugs might occur. But it is free and once you are in a game it works well.

Brawlhalla is a free multiplayer fighting game where you can fight your friends. Choose between different characters like aliens, cowboys and cowgirls, archers, skeletons, wolfs, pirates and many others. During the fights you can pick up weapons to gain an advantage when fighting your friends. Screaming, swearing and broken friendships may await you as you try to push your opponents of the platform. The game has a cartoonish, over the top art style. You can find the game on Steam but it´s also playable on iOS.

Like Brawlhalla, Stick Fight is a multiplayer fighting game, but the developers decided to reduce the details while ramping up the chaos. Chaos really is the name of the game when it comes to Stick Fight. Often your worst fear isn´t your friend that just grabbed a laser gun, but instead the stage that just decided to spin around. Many stages move on their own, try to kill the player, are completely destructible or just collapse on their own. It´s hard enough to even stay alive and on the platform alone. Too bad that there are also your friends trying to kill you with a ridiculous range of weapons like shotguns, laser guns and snake guns. Matching up against your friends is going to be fun.
The game costs currently 4,99 euros on Steam and is also available on iOS but only for iPad and iPhone and cross play between the platforms isn´t possible.

Among Us is a social deduction game in the same vein as “Werwolf”, “Mafia” or “Secret Hitler”. You and up to 9 other players are stranded in space tasked with repairing your ship so you can fly back to safety, but between the Crewmates are two Imposter. They look the same but are aliens that try to sabotage the repair and kill the crewmate without getting caught. With the beginning of a round everyone mutes themselves and starts going around the ship doing their task to repair the ship while simultaneously looking out for suspicious behavior of everyone else.

If every crewmate finishes their tasks or find both imposter they win. When you think you know who the imposter is because you maybe witnessed him kill someone, you have two options. You can either report the body and trigger a meeting or if you are afraid you will get killed as well, you can go to a designated place on the ship and call an emergency meeting. During a meeting everyone, except the dead people, unmutes and discuss what they saw during the round and who might be an Imposter. At the end of a meeting the Crewmates can vote someone off the ship or skip the vote if they don’t have enough information.

Imposter can sabotage during the rounds by switching off the lights or initialize the meltdown of the ships reactor to get the crewmates separated and killed. You can technically play the game with 6 people but to really work it´s magic it´s best to play with 9 or 10 people. Just use this as an opportunity to reach out to people you don´t see as often and bring them together.
The game costs 4,99euro and is also available on iOS and can be played across all platforms.

Pummel Party is a party game that mixes a board game with a variety of mini games like the Mario Party series. Every player starts on one of many gameboards where they must roll a dice to move around. The goal is to collect 4 treasure chests while in the process collecting enough keys to open them. After each player moved, they face off in a minigame where they can win keys and items to make life difficult for your friends.

Mini Games range from racing through a house with a miniature car to flying over a graveyard as witches up to shooting each other with attack helicopters. They are always easy to grasp and fast-paced which helps to keep the games fresh and interesting as you battle with your friends. You can play with 4-8 people. The game currently costs 12,49 euro and is available on Steam, but not on apple products.

With a price of 22,99 euro the Jackbox Party Pack is the most expensive game on this list, but it has a unique advantage over the other games in the sense that only one person needs to buy the game in order for everyone to play. Whoever bought the game, can start a game and create a link that allows the other players to join with their phone. The Party Pack gives you access to 5 different party games. You can play the game with four to 8 people depending on the game.

My last tip to play with friends is a game that was originally a single player game. In Stardew Valley you inherit your late grandfathers worn down farm just located outside the mountain village named Stardew Valley. You move to the farm to escape your dead-end office job and take on the task of cleaning up the farm to grow plants. Escapism really is the main appeal of Stardew Valley as it allows you to take a break from the busy world. Instead you spend your days exploring the sleepy mountain village and it´s surroundings. All while you meet the townspeople and build up your farm.

Apart from your farm the game has a lot more to offer such as fishing, mining, crafting of new tools and decorations for the farm, a bunch of optional questlines and the ability to marry one out of 12 bachelors and bachelorettes. Last year the game released a multiplayer update which allows up to 4 people to play together. Work and explore together as you go through the seasons. Maybe one of you discovers a path in the south that’s blocked by a tree stump. After a while someone figures out how to upgrade their axe, allowing them to chop it down and enter the secret woods. The game rewards you for testing out things.

If you want a calm and relaxing game to take some time off with a friend, then Stardew Valley is the perfect fit. The game currently costs 13,99 euro, is available on Pc and Mac and cross play between the two platforms is possible.